In Season 4, SeriesFest partnered with Parallel Entertainment and Elysium Bandini Studios to discover fresh new television writers as part of the annual Storytellers Initiative script writing competition. The Season 4 winner, Paige VanTassell, received an exclusive first look development deal with Elysium Bandini Studios, a professionally produced pilot presentation, and participated in a live read event of her winning script VOLUNTEER at the Season 4 festival. In the following, Paige shares a first hand glimpse into her Storytellers Initiative experience and how it changed her career.

On the last night of SeriesFest, I sat amongst an audience, as we all awaited actors to take the stage and read aloud my pilot. I was a cringing mass of vulnerability, sucking down alcohol, as the lights went down. The actors took the stage and delivered my first joke... and the audience laughed. Not even a pity “good try” laugh, but an honest, sincere laugh. I finally exhaled and put down my empty glass. 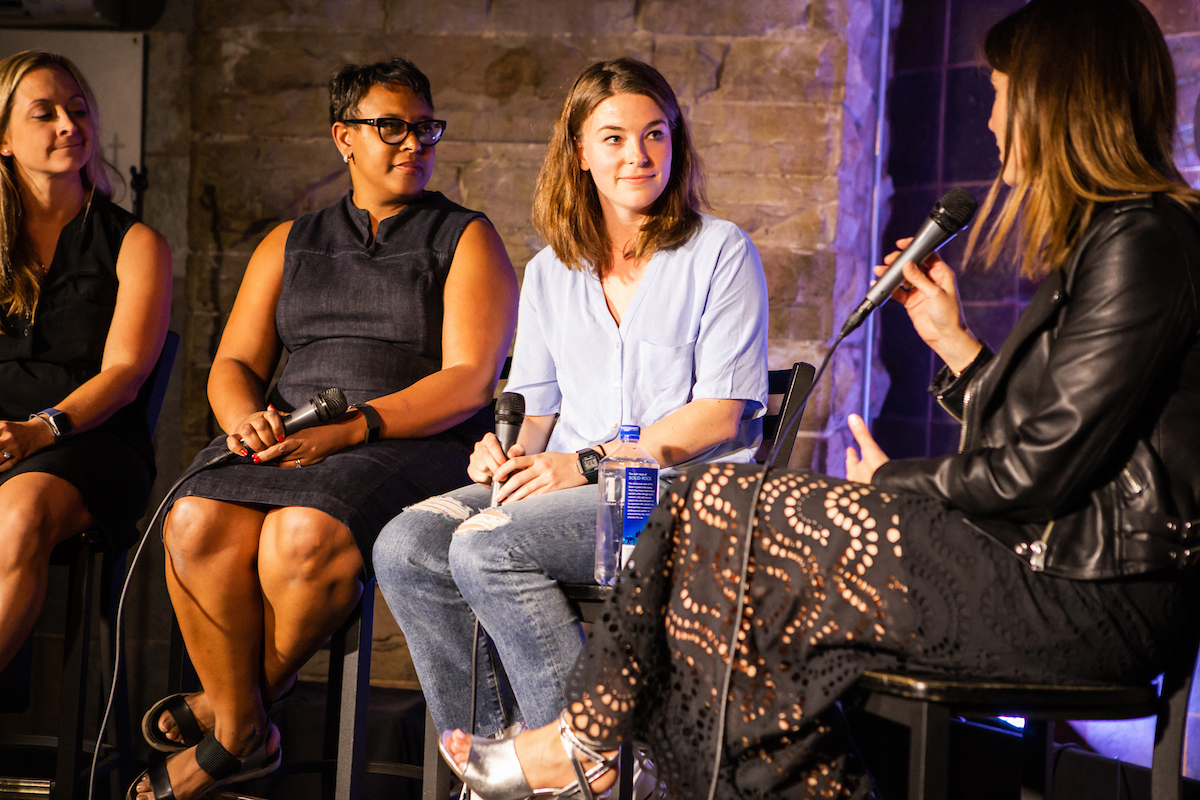 A couple months earlier, I had been fortunate to listen to another live read, as part of the SeriesFest Storytellers Initiative workshop. Over the two days of the workshop, I and the other finalists read aloud each others’ scripts and revised them under the guidance of incredible mentors – Scotty Landes, Claire Epstein, and Ed Lee. All brilliant writers and even better people, every note they gave inspired the same reaction – “That is genius, of course, why didn’t I think of that?” We were also visited by some guest lecturers – Stacy Rukeyser, the showrunner of Unreal, and Ben York Jones, creator of Everything Sucks! They answered any and all of our questions about the realities of the industry and what it’s like to run a show.

At the end of the workshop, I left with a partially rewritten script, a clear plan for further revisions, and a greater understanding of my future career (fingers crossed). Most importantly, I left with people I can call friends. I feel as though I can reach out to any of the mentors whenever I have a question. The other finalists are some of the coolest people I’ve ever met (and I’ve met a lot of very cool people). I loved spending time with them at the workshop and at the festival and, even though they are all New York people and I live in LA, I fully intend to keep in touch. (But also, guys, move to LA already so we can hang out). 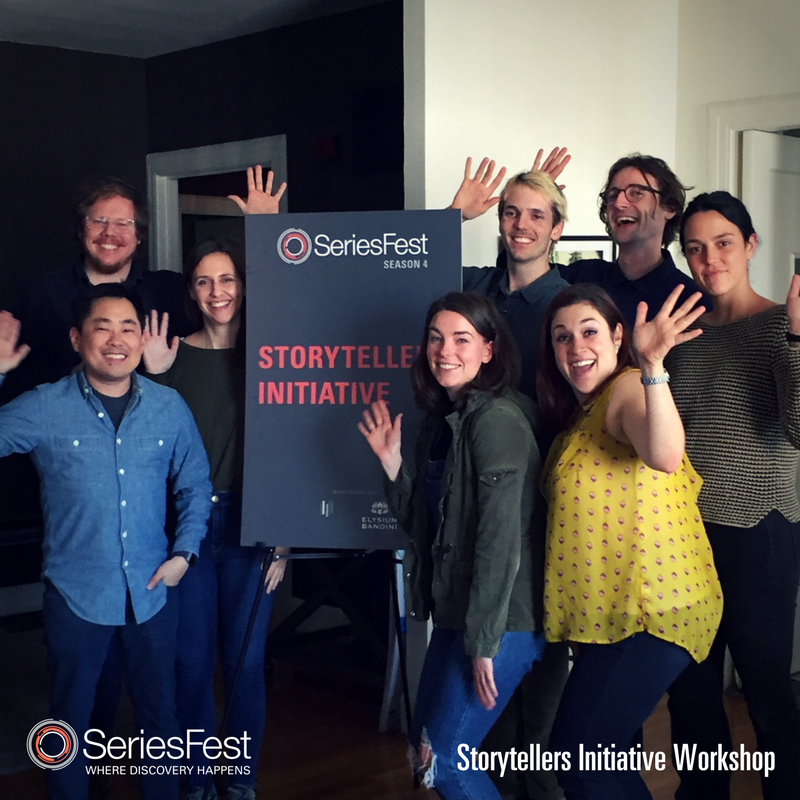 The other finalists’ talent is incredible, and their scripts hilarious, so I can honestly say I was shocked to receive the news that I had won. As finalists, we were all able to attend the festival. SeriesFest is inspirational, educational, and very fun! First look screenings of network pilots, a concert at Red Rocks, panels of incredible people, and rooftop parties with an open bar? I mean, come on.

But the main event for me was the live, staged reading of my pilot that was to be the entertainment for the festival’s closing night. For the few days leading up to it, we had rehearsals. It was so much more than I could have ever expected. I watched as a Broadway director dug into the emotionality of my script with talented, expertly-casted actors. I see myself as a silly comedy writer who might sometimes rely too heavily on fart jokes. Our director, Schele Williams, approached my script like a work of art, to be respected and executed with care. 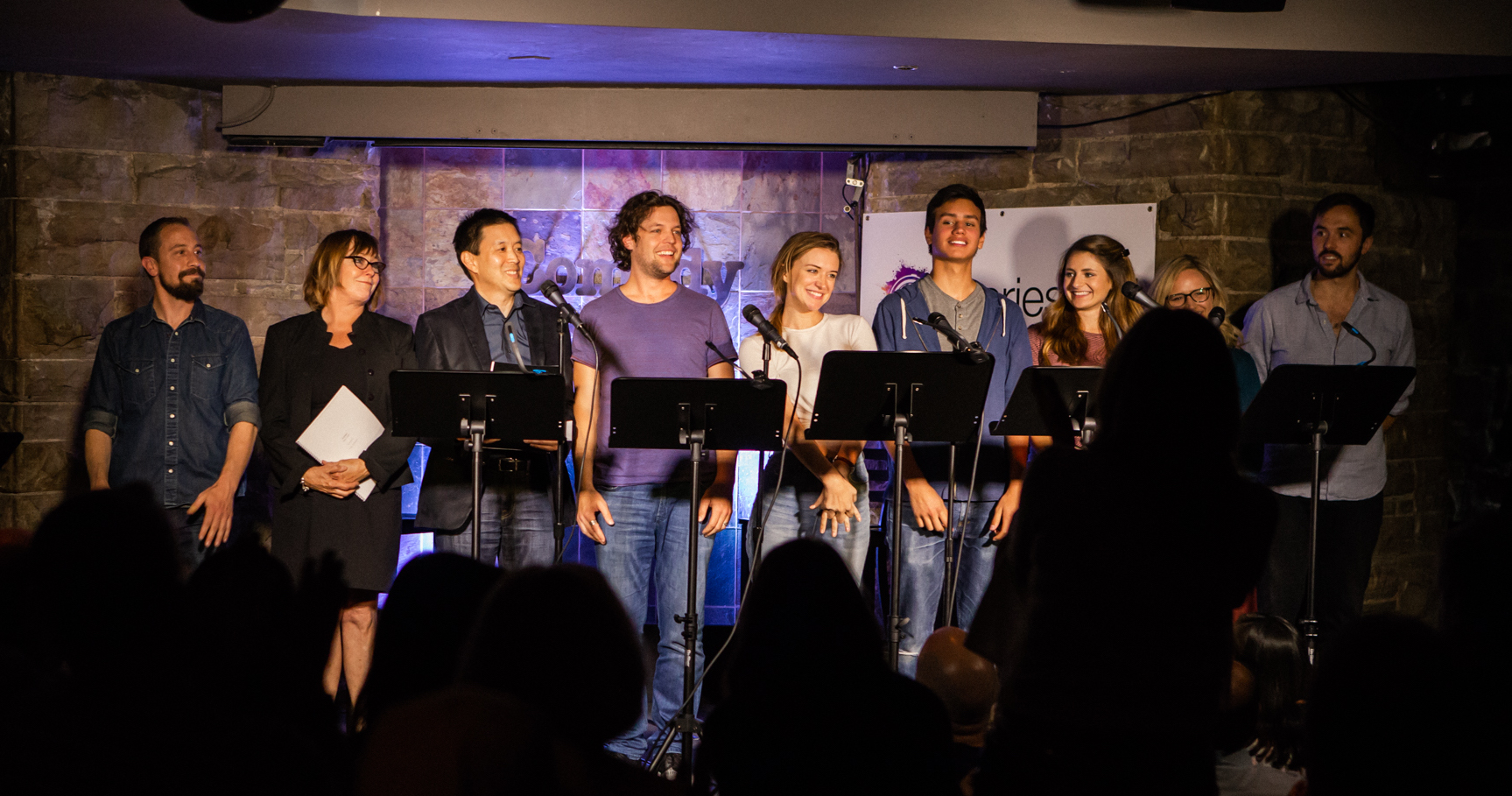 I left Denver with an engraved plaque, new friends, and a newfound sense of respect – for myself and my work. I owe that to the wonderful people who work and volunteer for SeriesFest. The experience truly meant the world to me, and I would encourage everyone and anyone to apply. As a result of winning, my pilot is going to be produced by Elysium Bandini Studios. After seeing my story come to life on stage, I can’t wait to see it on screen. 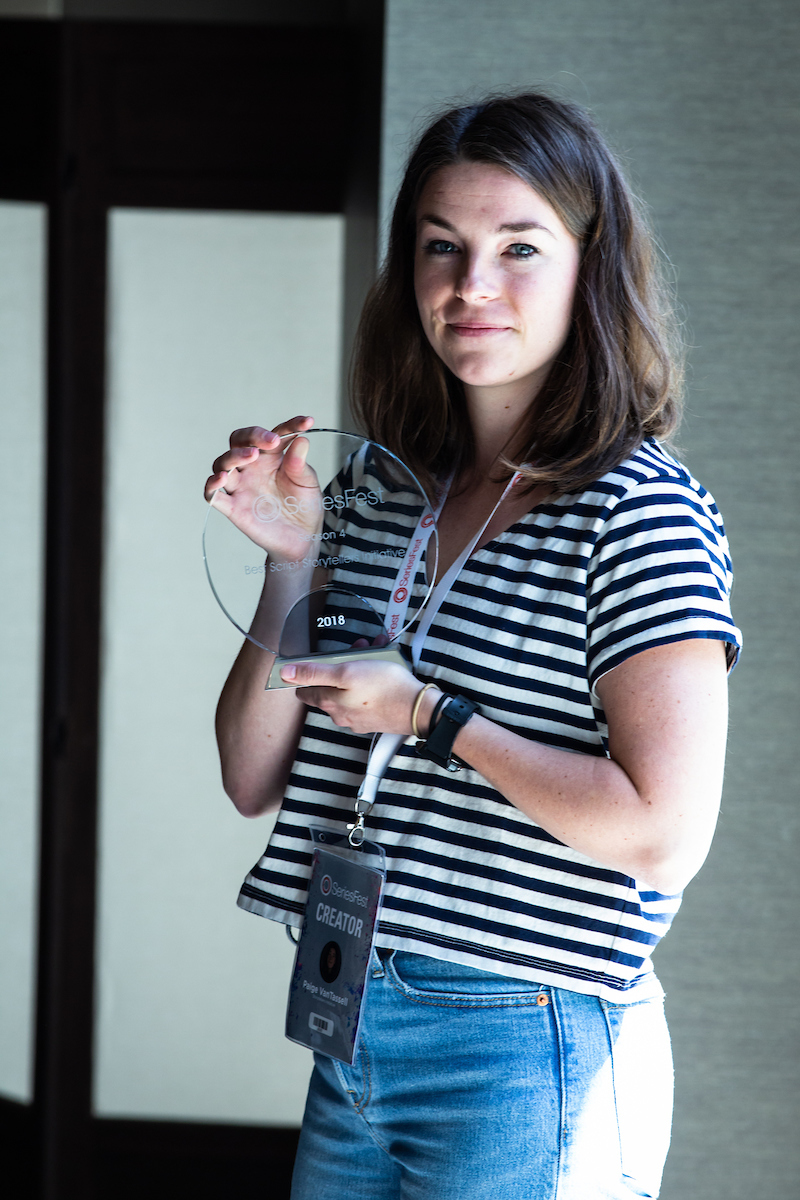 This year, SeriesFest has switched the Storytellers Initiative focus from comedy to short form series, which means both comedy and drama scripts are welcome. Learn more and submit your script here: http://seriesfest.com/artist-initiatives/storytellers-initiative.