Submissions are now open for the 2021 Women Directing Mentorship! 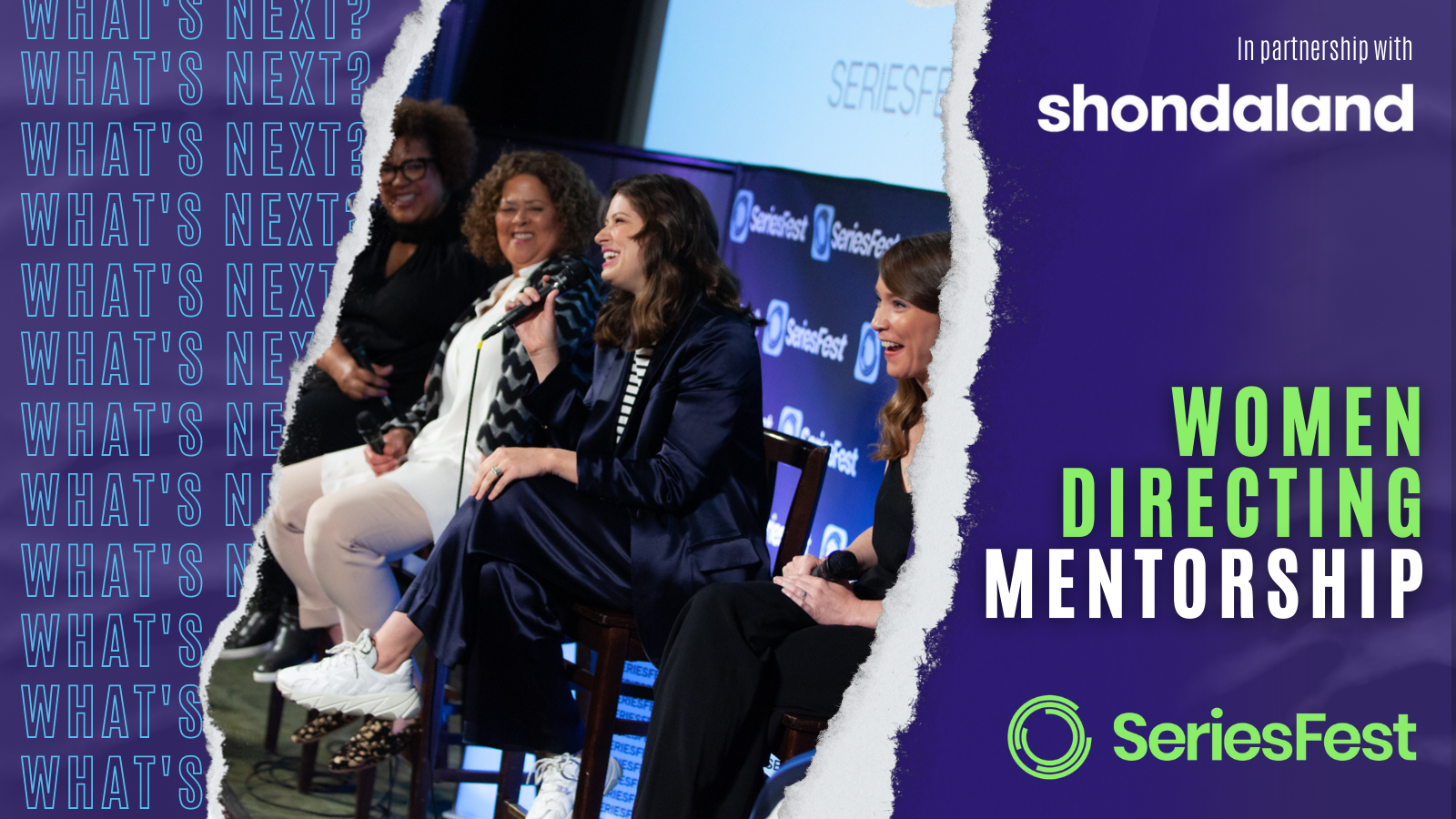 Continuing on our mission to cultivate opportunities for female directors and creators, we're excited to announce the renewal of our partnership with Shondaland to launch the third cycle of the “Women Directing Mentorship,” a competition designed to discover aspiring directors with a unique voice, and provide a launchpad for their career.

This initiative offers a unique opportunity for a rising female director to shadow an episodic director on a Shondaland produced series.
In addition, the winner receives a $5,000 stipend to use during the duration of their mentorship! Interested? Submissions are now open until September 14th, 2021.

SeriesFest and Shondaland are proud to have partnered for the past two years on the Women Directing Mentorship -- a competition designed to discover aspiring female directors with a unique voice and provide a launchpad for their career. The Women Directing Mentorship is anchored with the prestigious opportunity to shadow a director for an episode of a Shondaland original series and a $5,000 stipend to use during the duration of their mentorship. The recipient of the inaugural mentorship, Rachel Myers, shadowed director Tessa Blake on Episode 306, “Ice Ice Baby” of the Shondaland series, Station 19 (ABC).

Founded by prolific storyteller Shonda Rhimes, Shondaland is the pioneering storytelling company behind many groundbreaking television series including Grey’s Anatomy, Scandal, and How to Get Away with Murder. Over the last decade, Shondaland’s television series have earned numerous awards including a Golden Globe, the Peabody Award, GLAAD Media Awards, NAACP Image Awards and eight Emmys. The company recently created a new home for Shondaland storytelling with media innovator Netflix. In the Fall of 2017, Shondaland entered into the digital space with the launch of Shondaland.com.  The website expands the award-winning Shondaland brand by providing a home for complex articles and honest conversations beyond the fictional space.

The creator selected for the Grand Prize will shadow a director for an episode of a Shondaland production and will receive a $5,000 stipend to use during the duration of their mentorship.

We do not want the cost of entry to be a barrier for participating in this program. If the price of submission would prevent you from participating, please fill out this form to request a waiver code.