Shondaland is a storytelling company founded by award-winning writer and producer Shonda Rhimes. Rhimes along with producing partner Betsy Beers are behind award-winning hits such as Grey’s Anatomy, Scandal, and How To Get Away with Murder. As Shondaland looks ahead to a new creative partnership with Netflix, the company will diversify its content offering, while also expanding its digital footprint with podcasts, a website vertical, and new brand partnerships. Hear from members of Shondaland content and brand teams as they discuss the ways in which they’ve been able to evolve and explore new creative avenues to storytelling as the media company grows in size and reach.

Through a previously announced partnership between Shondaland and SeriesFest, the first-ever recipient of Women Directing Mentorship initiative will be announced during this event. This woman will have the unique opportunity to shadow a director for an episode of a Shondaland production. 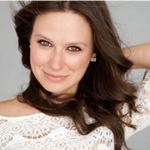 Katie Lowes is well known for starring as “Quinn Perkins” for the seven-season run of the ABC series Scandal. Most recently, Lowes starred as ‘Dawn’ in “Waitress” for her Broadway debut. Lowes is the host of Shondaland’s first podcast “Katie’s Crib.” The weekly podcast covers the unexpected joys, pains, foibles, and hilarity of new motherhood, with celebrity moms, dads, and experts. As an actress, Lowes has been seen in films such as Dreamworks’ Transformers 2 Bad Robot’s Super 8 directed by JJ Abrams and was the voice of Abigail in the 2015 Academy Award winning animated feature film Big Hero 6. Born in Queens, New York, Lowes is a graduate of NYU Tisch School of the Arts.  Lowes is a founding member of IAMA Theatre Company in Los Angeles, where she resides with her family. 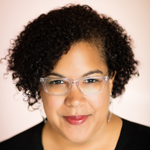 Akua Murphy is the Director of Short Form Content at Shondaland, overseeing the development and production of digital video and audio for Shondaland and Shondaland.com. She previously worked in film development and production at IndieVest Pictures and television syndication sales at New Line Cinema. Akua received a BA in Political Science from Yale University and an MFA in Motion Picture Producing from the Peter Stark Producing Program at the University of Southern California. A native of Brooklyn and Chicago, Akua now calls Los Angeles home. 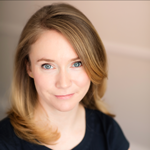 Alison Eakle is Head of Fiction/Non-Fiction Content at Shondaland. Eakle joined in the media company in 2013 and has helped develop the ABC dramas How to Get Away with Murder, The Catch, For the People and Station 19 and is now shepherding the new slate of content planned for Shondaland’s new partnership with Netflix. After obtaining an MFA in Screenwriting from the University of Texas at Austin, Eakle moved to Los Angeles in 2007. Eakle then started her career in features at Paramount Pictures, then in Development & Production at Paramount Vantage and Columbia Pictures.  In 2010, she transitioned to television, helping start Ellen DeGeneres' production company, A Very Good Production. In 2016, Eakle was named one of MARIE CLAIRE’s New Guard: America’s 50 Most Influential Women. 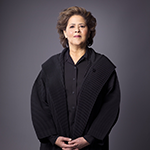 Actress and playwrite Anna Deavere Smith is currently adapting “The Warmth of Other Suns” as a series to be part of Shondaland’s Netflix slate. Smith is credited with having pioneered a new form of theatre with her debut “Twilight.” Her latest play and HBO movie, Notes from the Field, explores “the school to prison pipeline.” Smith has appeared in television series such as The West Wing, Nurse Jackie, Black-ish, For the People and others. Her awards include the National Humanities Medal presented by President Obama, the MacArthur Award, and the George Polk Career Award in Journalism.  She will be inducted into the Academy of Arts and Sciences in October. 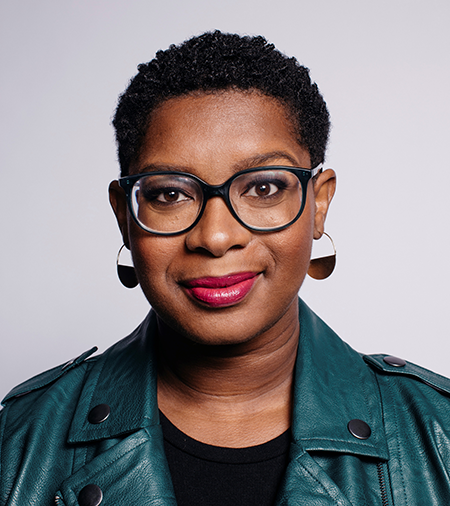 Ashley Ford is an accomplished writer and current host of PROFILE by BuzzFeed News. Ford has written or guest-edited for BuzzFeed News, The Guardian, ELLE, Slate, Teen Vogue, New York Magazine, Lenny Letter, INTO and various other web and print publications. Previously, Ford taught creative nonfiction writing at The New School and Catapult. Co. and she’s currently writing her memoir, Somebody’s Daughter. Ford has been named among Forbes Magazine’s 30 Under 30 in Media (2017), Brooklyn Magazine’s Brooklyn 100 (2016), and Time Out New York’s New Yorkers of The Year (2017).