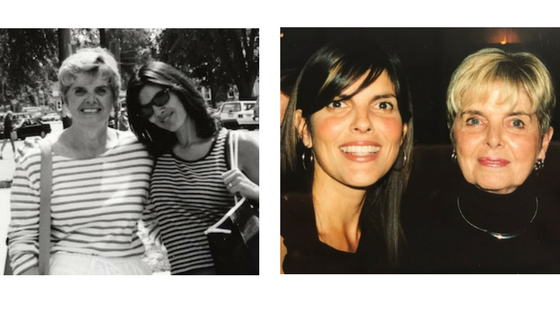 Randi: SeriesFest is so thrilled to partnering with you and the Stephens College M.F.A. program on this unique scholarship, which we know is very near and dear to your heart. Many people know your mother was a critically-acclaimed author, but some may not realize she didn’t launch her professional writing career until later in life. What do you think inspired her to make this change when she did?

Betsy: It’s like the Isabel Allende quote, “Writing is a calling, not a choice.” I don’t think my mother had a choice. You just have something burning inside you. My mom sat on her stories for decades – she was a young wife in the fifties and she was put into certain roles, but it was never really who she was. Being a writer was who she was. Her career was launched because she knew what she wanted, she had the drive to go after it, and she was talented.

Randi: Even with the desire, the drive and the talent, I would imagine she faced a lot a challenges trying to break into an already competitive industry later in life. What do you think are the greatest obstacles women over fifty face today when it comes to launching or changing a career?

Betsy: The biggest challenge to any human being ever, always, is their own belief that what they want isn’t possible. And then when you’re a woman, and you’re over fifty, and you finally reach the point of thinking “Yes, I can do this”, you still have ageism, sexism, and other barriers to contend with. That’s getting better, especially with the Times Up and Me Too movements, but we still have a long way to go. Ultimately, I think the biggest obstacle is getting to a point where we don’t believe our own limitations.

Randi: Outside of believing one’s own limitations, what do you think makes TV, film and screenwriting so difficult to break into and how can Stephens College M.F.A. program and the Jan Marino Scholarship help inspiring students excel in the field?

Betsy: I really believe that when you’re breaking in to any new business or artistic endeavor, persistence and talent will rise to the surface. With that said though, there is a lot of competition in writing for television and film. That’s why SeriesFest and programs like Stephens College M.F.A. can help level the playing field by not only working with writers to build a skill set but also by helping new writers build relationships and learn about the realities of the business.

I think the Jan Marino Scholarship is important because it is engaging a whole new set of voices. It’s holding up a giant billboard saying “55 and over – here’s your shot! Not only are you able to do it, we’re INVITING you to do it.” Who else is doing that? For SeriesFest and an institution like Stephens to take that on, I think that sends a huge message of inclusion and diversity in the future of television and film.

Randi: Going back to your mom for a minute; do you have a favorite out of all the books she wrote?

Betsy: My favorite book that my mother wrote is “88 Steps to September.” I loved it because it gave so much insight into the emotional world of her childhood and of my grandparents at that time. It was the epitome of writing what she knew – the struggle of navigating a scary world when there’s so much you can’t understand as a child, and so much that’s being hidden from you. It was the story of losing her brother to a childhood disease, and the helplessness and hopelessness that comes along with that. All of her characters in all of her stories took on real life issues, from alcoholism and infidelity to racism and homosexuality. To an extent, I think my mother was brave because she was writing about these things before they were really in the mainstream of children’s literature. My mother had a tough childhood, and I so admire her for taking her pain and giving it a voice in such a beautiful way, that resonated with so many readers. 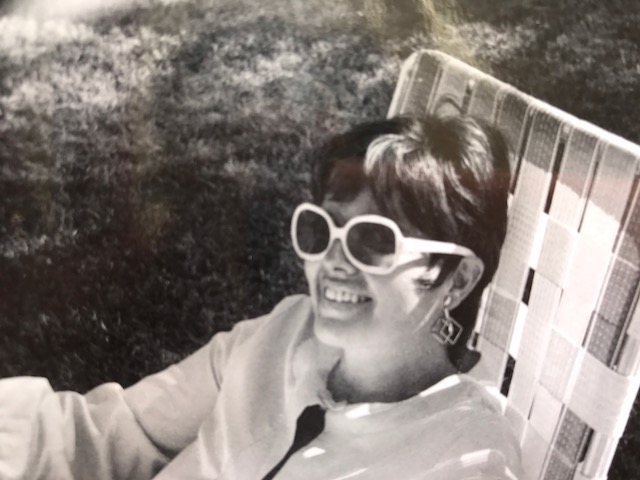 Randi: If she were here, what do you think is the one piece of advice your mother would give to aspiring female storytellers?

Betsy: My mother was first and foremost a judgmental observer. She was a terrible eavesdropper. She often would say that nothing is lost on a writer, and she herself noticed everything, always had her eyes open. I think the advice she would give would be to watch, observe, and write. There’s a story everywhere.

Randi: You and your husband are both on our Board of Directors (which we couldn’t be happier about). What inspired you to want to get involved with SeriesFest?

Betsy: First of all, I come from a line of storytellers. I’m obsessed with story, obsessed with content. To find a group of people who are so passionate and so professional and have brought this incredible community-building project to life so quickly is a huge joy for me, and quite rare. SeriesFest is on the cutting edge of how we’re going to make and buy and procure content in the future. How do we make opportunities for everybody? How do we get as many voices heard as possible? SeriesFest is opening up opportunities in a way that feels inclusive and diverse, and it gives me a lot of hope for the future of the industry.

Randi: Because we have to ask…what TV show are you watching right now?

Betsy: I just finished “The End of the F*%^ing World,” and I loved it. It felt very literary to me – the use of voiceover, the on-point writing, the struggle of being young in an effed-up world. Even the small characters were so well-crafted. I think it’s a show my mom would have liked.

Randi: And last, but certainly not least, what is your favorite TV show of all time and why?

Betsy: “Bewitched” and “I Dream of Jeanie.” I named my first dog after Samantha. These were definitely my favorite shows growing up and are still the ones I go back to from time to time. As someone who does not want to live in reality, these are the best. Twitch your nose, or fold your arms and blink, and anything is possible.

For more information on the Jan Marino Scholarship, visit: https://www.seriesfest.com/artist-initiatives/jan-marino-scholarship